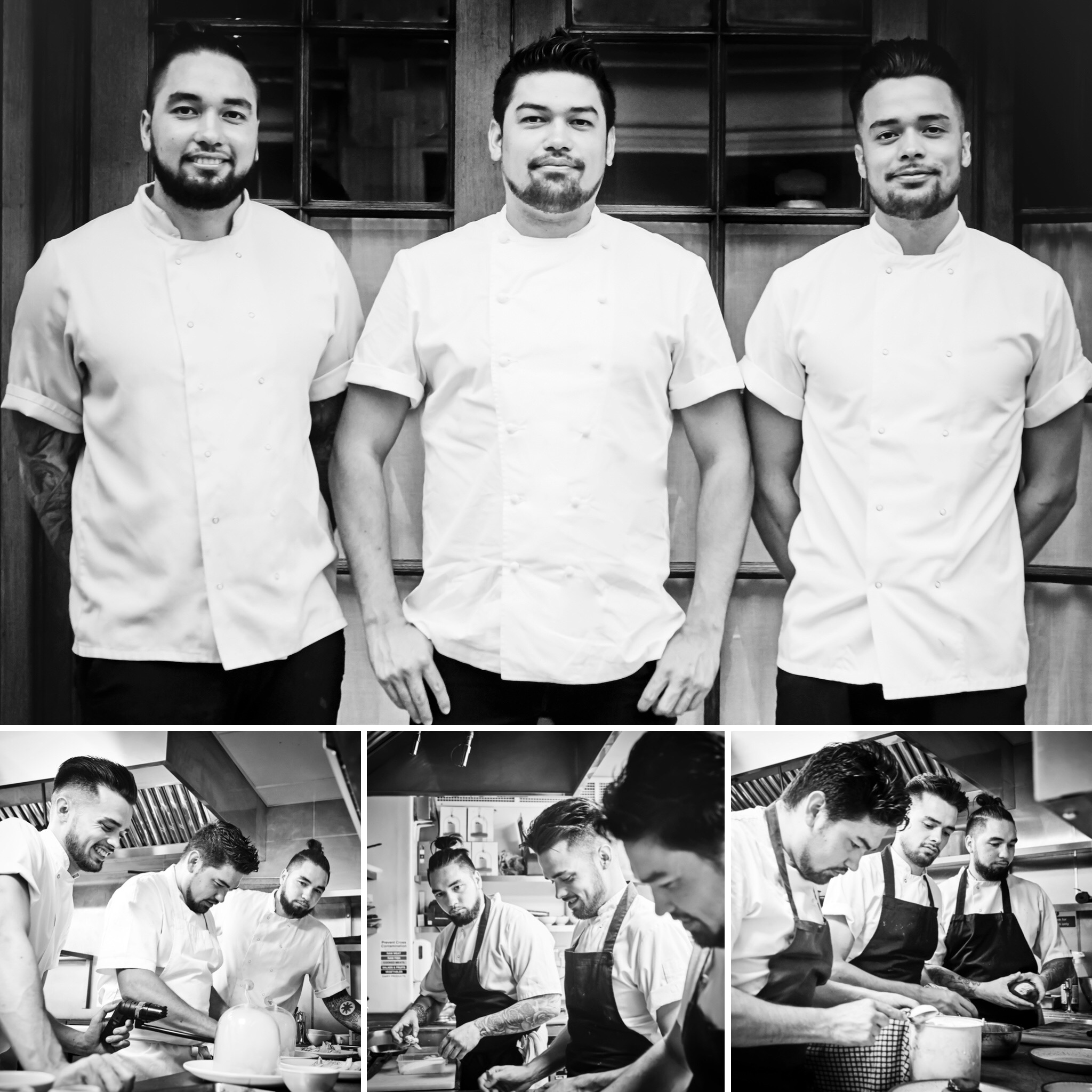 Former Hide Restaurant head chef and star of the BBC’s Great British Menu Luke Selby will be joined in the kitchen at the National Theatre by his two brothers Nathaniel and Theo to showcase their fine dining menu featuring dishes from the show.

After holding key senior roles in world-renowned Michelin starred establishments – 6 years at 2 star Le Manoir aux Quat Saisons and a year spent working at 3 star Restaurant Gordon Ramsay on Royal Hospital Road, Luke felt the need to establish himself as a head chef and was attracted to 1 star Dabbous restaurant by Ollie’s unique food style. After a year in the reigns as head chef Luke left to train in Tokyo, Japan under world renowned chef Seiji Yamamoto at 3 star Ryugin.

When returning to the UK Luke took back a head chef role for Ollie Dabbous, again at a new restaurant in Mayfair – HIDE. Playing a key role in the opening, Luke was in charge of the fine dining kitchen, team and menu with Ollie. Within just 6 months of opening, HIDE won its first Michelin star in the 2019 guide.

He is one of only two chefs to ever win both the Young National Chef of the Year and National Chef of the Year competitions. Luke won the latter in 2018, just six months after he won the prestigious Roux Scholarship. No chef has ever won all three of the toughest and most revered UK cooking competitions before – Luke did it in the space of four years.

Most recently Luke competed against the best chefs in the UK once again, as one of the youngest competitors on the BBC TV programme ‘Great British Menu’. He won the London and South East region and beat the other National competitors to get his starter straight to the banquet. A feat that is rarely achieved the first time in the competition.

Nathaniel started his training joining his two brothers to work under Raymond Blanc and Gary Jones at Le Manoir Aux Quat Saisons (2*). He then continued to progress his career working his way through the kitchens of Simpsons (1*), The Pass (1*) and Koya. He then once again joined his brothers taking a sous chef role in the opening of Hide in Mayfair (1*).

Encouraged by his older brother Luke, Theodore began his training at Le Manoir Aux Quat Saisons (2*) under Raymond Blanc and Gary Jones. After covering all the sections, he left three years later for a new challenge and moved to Necker Island. Theodore took a private chef role for Richard Branson in the Caribbean until he had the call enticing him back to the UK. Theodore joined his brothers once again taking a key sous chef role in the opening of Hide in Mayfair (1*).

This is a really exciting opportunity to experience a collaborative menu from these 3 talented chefs.

Some Supper Club Members do not like to see the menu before the evening, however if you would prefer to see it please email beth@saucesupperclub.co.uk for a copy!

A 6 course tasting menu with snacks – wine is not included. A wine flight will also be available payable directly to The National Theatre on the night.