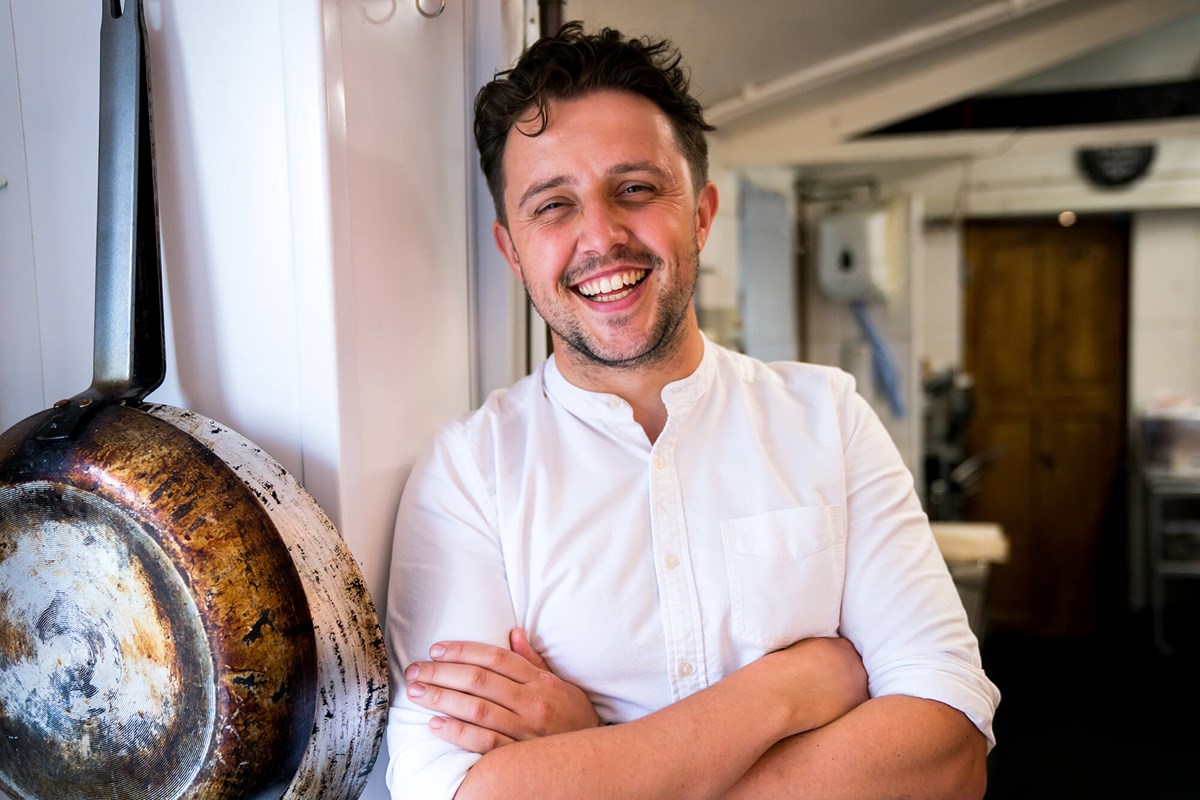 Ellis Barrie Chef and co-owner of Marram Grass in Anglesey pops up at The Barn at Lichfield.

We are delighted to welcome Ellis to The Barn in Lichfield. Self-taught chef Ellis Barrie was last year’s North West champion on BBC’s Great British Menu, impressing the judges with his creativity and ebullience.

Ellis began his culinary journey attending junior cooking courses in a local community college in Liverpool. In 2005, aged 15, he started at the city’s 2 AA Rosette Radisson Blue Filini under Chris Marshall whom he followed to Panoramic 34 also in Liverpool.

After a stint in Australia, Ellis joined his family in their newly located home in Anglesey, Wales. He quickly transformed an old chicken shed on the Anglesey coast into one of the most talked about restaurants in Wales. In 2013 the Marram Grass won Best Bistro/Brasserie of the Year at the Anglesey Tourism Awards and attracted the attention of the Good Food Guide. Ellis himself picked up an Acorn award from the Caterer as one of the most promising figures under 30 in hospitality.

The menu… Some Supper Club Members prefer not to see the menu before the evening, however if you would prefer to see it please email beth@saucesupperclub.co.uk for a copy – this is usually available 2 weeks prior to the event.